KNOWLEDGE AND INSIGHT ON TEACHING OF THE HISTORY OF MODERN ARCHITECTURE

To make students learn and understand the development background and main content of modern architecture history from a broader and more macroscopic view, the article puts forward some exploration and suggestions about teaching modern architecture history. The teaching should strengthen the relationships between social background, artist history and ancient architectural history, and pay attention to the combination of history teaching with theory teaching. Meanwhile, teachers should study the case to strengthen the students’ analysis ability. Through these teaching explorations, students can consciously and gradually establish their own architectural views.

1. Interaction with the social context

Modern development is closely related to the great changes in their social background, and the division of “modern” is also based on the British Industrial Revolution as the dividing point. The Industrial Revolution not only made Britain a powerhouse of capitalist development, but also changed the face of the entire European city, but also brought about the great development of new materials, new structures, and new equipment. The Industrial Revolution provided a solid technical foundation for the development of modern architecture. At the same time, the Enlightenment Movement in Europe in the 18th century brought ideological enlightenment and change to modern architecture. Under the influence of the “re-rationality” thought of the Enlightenment, functional rationalism and structural rationalism appeared in the field of European architecture in the 19th century. From Mare-Antoine Laugier, which Sir John Newenham Summerson (was one of the leading British architectural historians of the 20th century) [2] affirmed: «Marc-Antoine Laugier can perhaps be called the first modern architectural philosopher»; to Eugène Emmanuel Viollet-le-Duc (Figures 1 e 2) Augustus Welby Northmore Pugin, (Figures 3 e 4)  and Auguste Choisy (french architectural historian), their architectural ideas became classic modern The forerunners of functional rationalism and structural rationalism in architectural thought.

In the teaching process, consciously emphasize the impact of changes in the social background on architecture and use this to explain the reasons and dynamics of the development and evolution of modern architecture, so that students can break the shackles of simple architectural phenomena and examine architecture from a broader perspective of development.

2. The link with the history of art

Traditional foreign architectural history teaching emphasizes the speciality of architectural history itself, aiming to discover the objective laws of architectural history. In fact, foreign architectural history teaching should pay more attention to its connection with art history and enhance students’ humanistic knowledge. In fact, in the history of Western architecture, architecture has been inseparable from art from the very beginning. They originally attributed the three arts of architecture, painting and sculpture to the “art of beauty”. This view was formed in Vitruvius’s “Ten Books of Architecture”(Roman architect and writer, active in the second half of the 1st century BC, considered the most famous architectural theorist of all time), and was later affirmed and passed down by Renaissance theorists. During the Renaissance, the three arts of architecture, sculpture and painting formed a three-in-one plastic art concept [3]. While modern architecture is an integral part of the entire modern art movement, the innovation of modern architecture is inextricably linked to the revolution in painting, sculpture and decorative arts in the late 19th and early 20th centuries. The German Bauhaus School, established in the late 1920s, employed pioneer artists such as Kandinsky (Vasily Vasil’evič Kandinsky was a Russian painter, naturalized French, also Germanized as Wassily Kandinsky, forerunner and founder of abstract painting) (Figure 5) and the Hungarian painter and photographer, naturalized American and exponent of the Bauhaus, László Moholy-Nagy, who was all-powerful in the fields of Western painting, sculpture and craft design at that time. Their ideas had an important influence on the early theories of the Bauhaus. The basic courses they offered also made a great contribution to Bauhaus design education. In addition, Le Corbusier is also a good example, he himself did not receive formal architectural education, he studied fine arts from the age of 13 when he began to attend the school of Arts Décoratifs in La Chaux-de-Fonds, where he studied the art of enamelling and engraving of clocks, following in his father’s footsteps; and in his later architectural career, he has always insisted on painting creation, and used it as an architectural inspiration [4].

3. The link with the history of ancient architecture

Compared with the ancient architecture before the end of the 19th century, the students are more interested in the changeable, novel and innovative modern architecture. However, in the teaching of modern architectural history, it must not be isolated from ancient architectural history, and there is a clear and complex connection between the two at some levels. For example, many students are often shocked by “architecture on paper” during the French Enlightenment. In fact, many buildings were heavily influenced by the engravings of Giovanni Battista Piranesi, also called Giambattista, an 18th-century Italian architectural theorist. Piranesi’s depiction and re-creation of the ruins of ancient Roman buildings had a huge impact on the creative thinking of architects such as the Scottish architect Robert Adam (Figures 6 -7), considered one of the most sensitive interpreters of neoclassicism, in architecture in Rome in 1755-57 (to which Piranesi dedicated the Campo Marzio of ancient Rome in 1762), and the British architect William Chambers (Figure 8).

4. The simultaneous acquisition of history and theory information

5. In-depth study of the cases of architectural works

Ludwig Mies van der Rohe is an important representative of modern architecture. In the teaching of modern architectural history in foreign countries, Mies and his works must be explained. The important position of the Barcelona Pavilion in the development of modern architecture lies in its use of free planes, flowing spaces and horizontal and vertical panel elements, without understanding the real structure of the building, including the hidden panels in the panel walls. With light steel support, it is impossible to understand how Mies created the fluidity and infinity of space, and how to create the possibility of dialogue between the wall and the column in the separation of each other. In other words, only by combining the architectural form with the structural form, can students better understand the essence of the Barcelona Pavilion [7]. (Figure 9)

Teaching the history of foreign architecture should not only familiarize students with the results achieved by certain works but also focus on the causes behind classic architectural works. It can be seen that the history of foreign architecture should not only be the evolution history of architectural styles. Professor Denis Bilodeau of Université de Montreal once pointed out that strengthening the construction analysis of case works is one of the effective ways to go beyond the teaching of the history of style evolution. The purpose is to prevent students from simply equating architecture with style and form. Explaining the history of architecture well is a process of constant exploration, which requires not only teachers to teach well, but also students’ active cooperation. In order to stimulate students’ interest in learning and expand the content of foreign architectural history, it is necessary to arrange homework. Students are required to read the recommended reference books after class, select their favourite architects and architectural works, analyze the causes of their ideas or works, and present them in the form of drawings. Through the process of collecting and arranging materials, reading documents and completing homework, students give full play to their subjective initiative, consciously put forward their own architectural views, and complete the change from passive acceptance to active learning. Currently, students are more interested in design than in history. For this reason, in the teaching process, on the basis of completing the syllabus, teachers need to strengthen their own learning, reserve more knowledge, and strive to make attempts and explorations in enriching teaching forms and improving teaching content, so as to stimulate students’ learning. Interested in changing the awkward position of history courses in design disciplines. 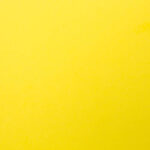 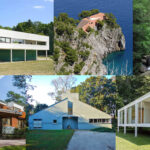 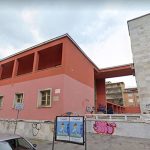 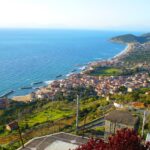 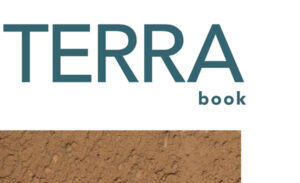 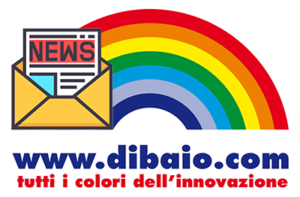